Trapid is a water-type, and is the water starter of Pokémon Dawn. It evolves from Galleg at <level>, and into <Trapid Evolution> at <level>. It is <height> in height, and it weighs <weight>. Like all water starters, it has the ability Torrent. In the Dawn Pokédex, its number is #008, and it is classified as the <Classification> Pokémon.

Trapid is a bipedal, aquatic creature. It has features from several different creatures, including large black eyes, a brown shell covering its back, a slender tail, a fin on top of its head between its ears, as well as two fins on the back of its arms. Its body is almost completely blue, aside from a yellow stomach.

Trapid's name is possibly a combination of trap and rapid. 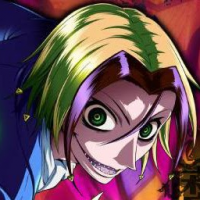